Physical Inactivity is one of the measures health agency’s use in factoring a demographics overall wellness. The County Health Rankings & Roadmaps tracks numerous measures on a county basis, including physical inactivity. The CHRR data is for the percentage of adults aged 20 and over reporting no leisure-time physical activity.

What are the health consequences of being a couch potato? According to the CHRR,

Decreased physical activity has been related to several disease conditions such as type 2 diabetes, cancer, stroke, hypertension, cardiovascular disease, and premature mortality, independent of obesity. Inactivity causes 11% of premature mortality in the United States, and more than 5.3 million of the 57 million deaths that occurred worldwide in 2008.

We looked at the data for physical inactivity for the Commonwealth of Kentucky and used FactLook’s county geography template to create the data viz below. 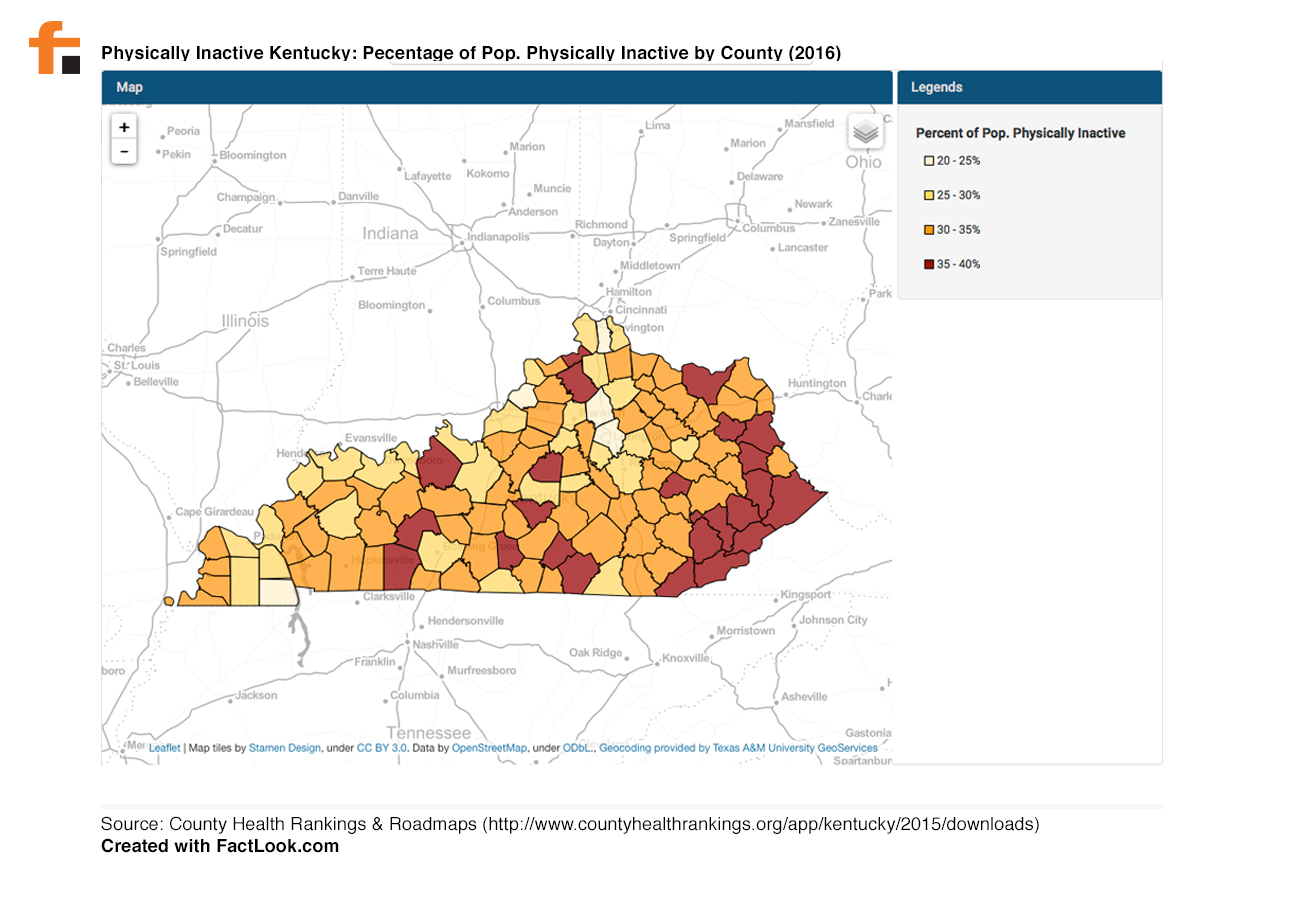 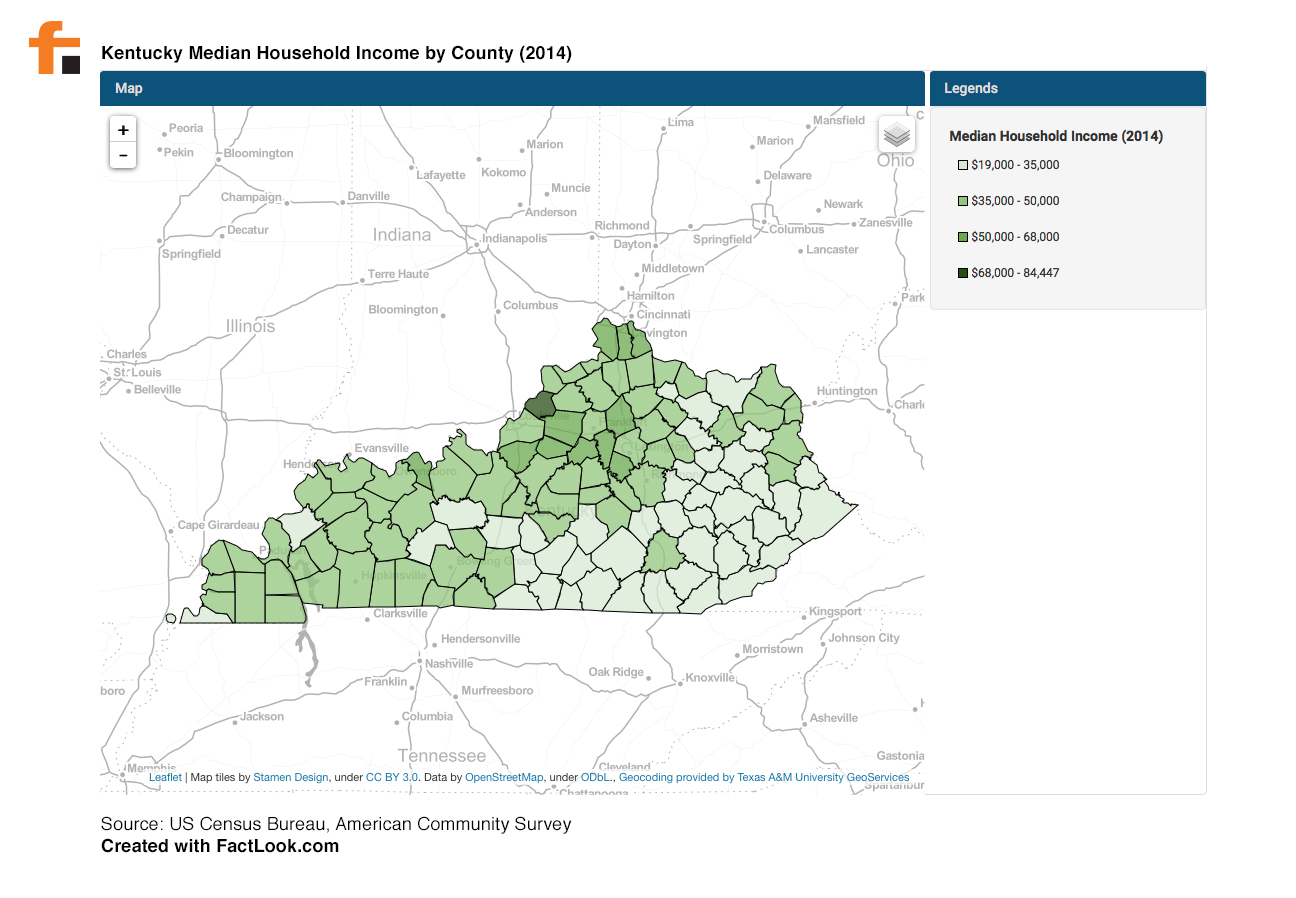 This makes sense. The paychecks of lower wage earners have to go toward meeting daily needs, while a those bringing home bigger paycheck have extra to spend on a gym or health club membership, rounds of golf or a new road bike.