The leaves are turning and the kegs are tapped — it can only mean one thing. Oktoberfest season has arrived! We were curious where some of the best “Fests” would be which led us to wonder which communities have some of the largest German populations. We landed on St. Louis. Pulling data from the US Census Bureau’s American Community Survey 2014, we created this viz showing the distribution by ZIP of the city’s population claiming German ancestry. 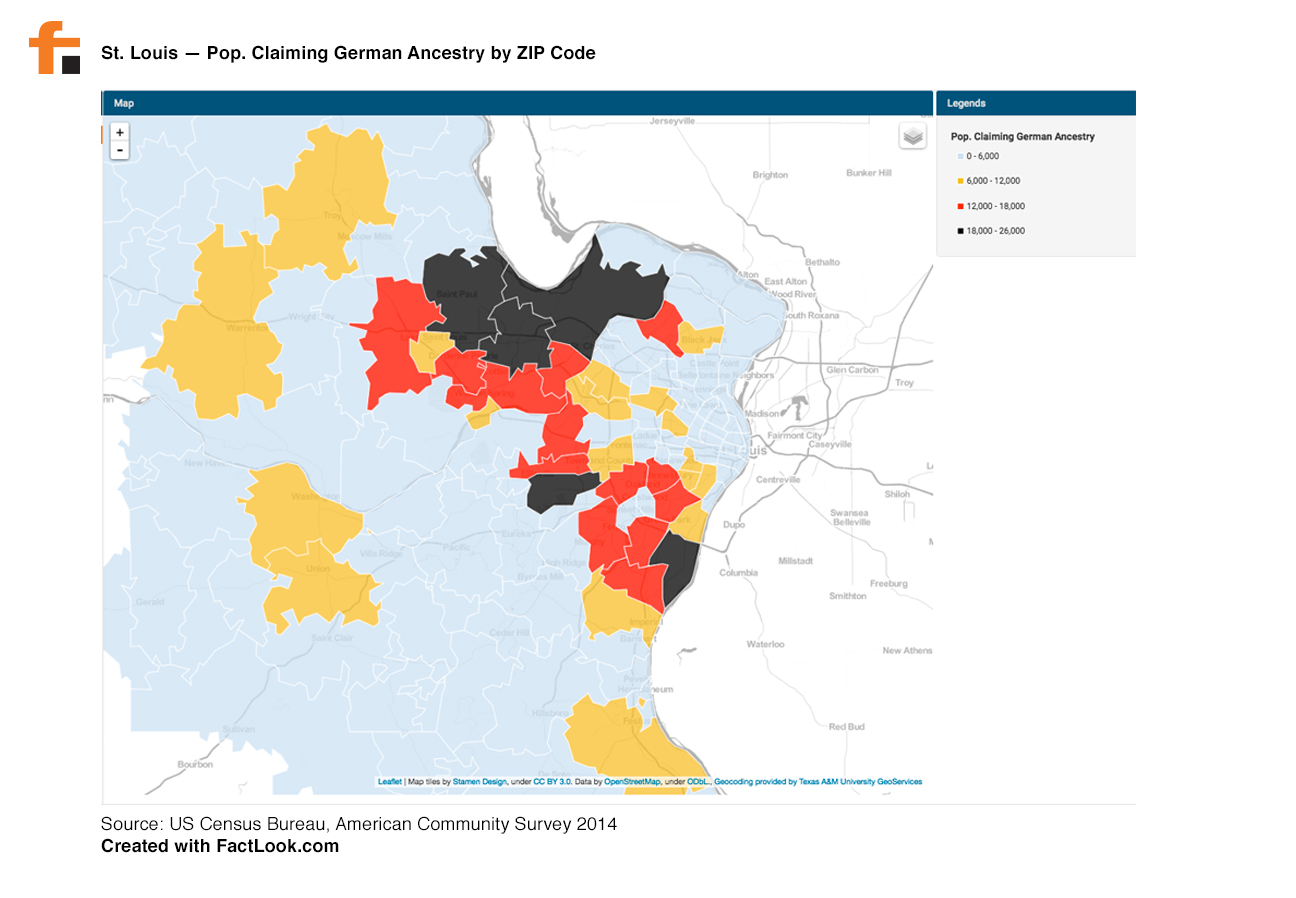