Map of the Day: Active KKK Chapters in Mississippi

On June 21, 1964, three civil rights field workers went missing in Neshoba County in central Mississippi. It was later determined that Michael Schwerner, Andrew Goodman and James Chaney had been killed by members of the Ku Klux Klan. The disappearance and murder of the three Congress of Racial Equality (CORE) workers drew national attention and a massive FBI Investigation code-named MIBURN for “Mississippi Burning.”

The KKK has not vanished in the more than 50 years since that event. The Southern Poverty Law Center (SPLC), which monitors hate groups across the U.S., estimates there are from 5,000 to 8,000 active KKK members in the U.S. 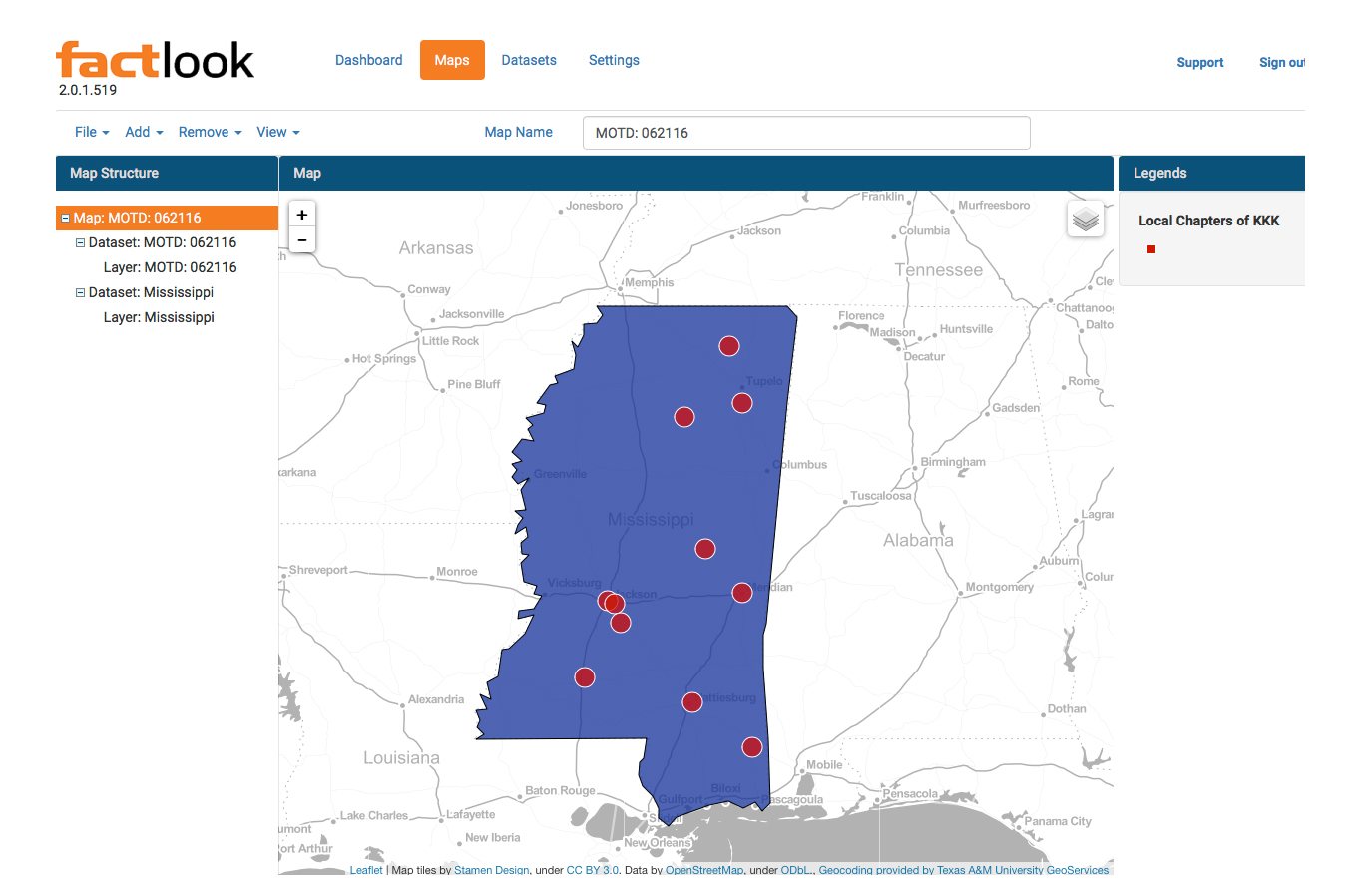 This map was created in FactLook by taking the SPLC list of cities in Mississippi which have active KKK chapters (obtained at News.mic.com), obtaining the latitude/longitude for each location and then using FactLook’s “Location: Latitude, Longitude” geocoding feature to pin those locations. Clicking on a location reveals additional info about each city. A second dataset for Mississippi was added with a random value and Layer style set to blue to provide definition to the state. 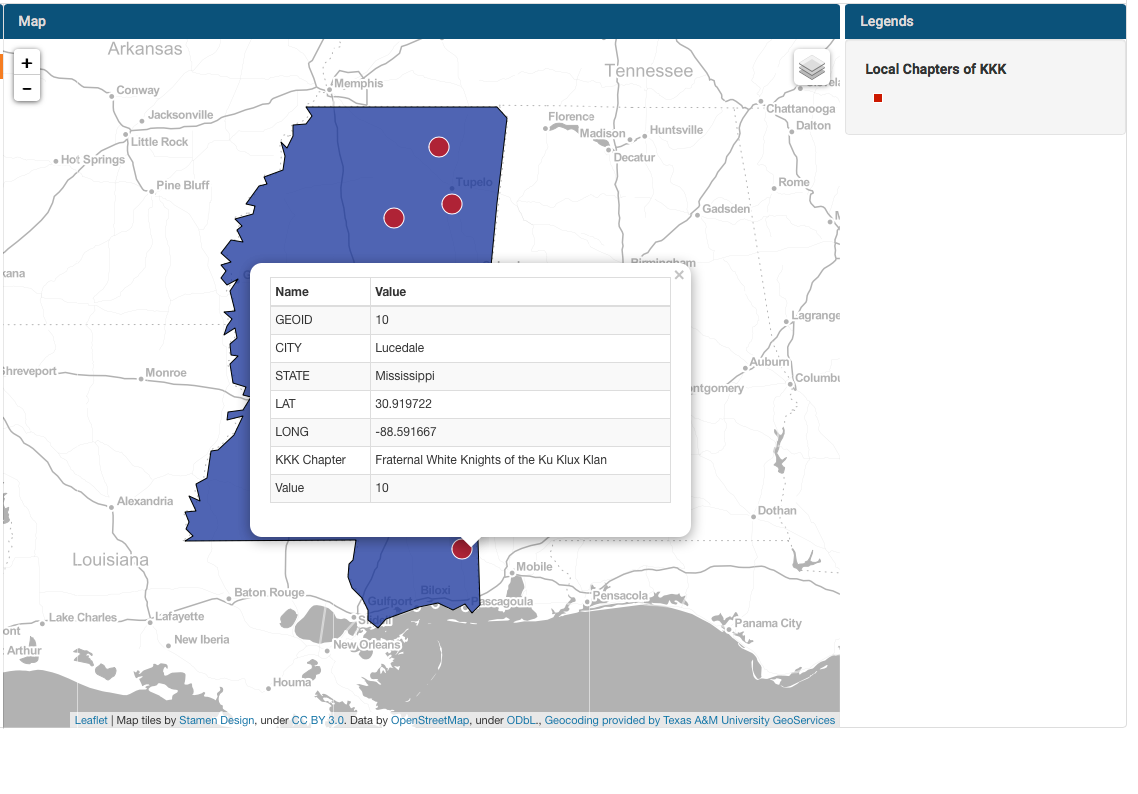