On this day in 1995, the US space shuttle successfully docked with Russia’s MIR space station. While docked, the craft and station formed the largest man-made satellite to orbit the earth. This event led to future cooperation between the two countries, paving the way for the development of the International Space Station.

We were curious to find out which states have produced the most members of the US space program. We found the raw data at Wikipedia, and dropped it into FactLook.com to create this map. Only Alaska and Wyoming have yet to boast having an astronaut born within their borders. 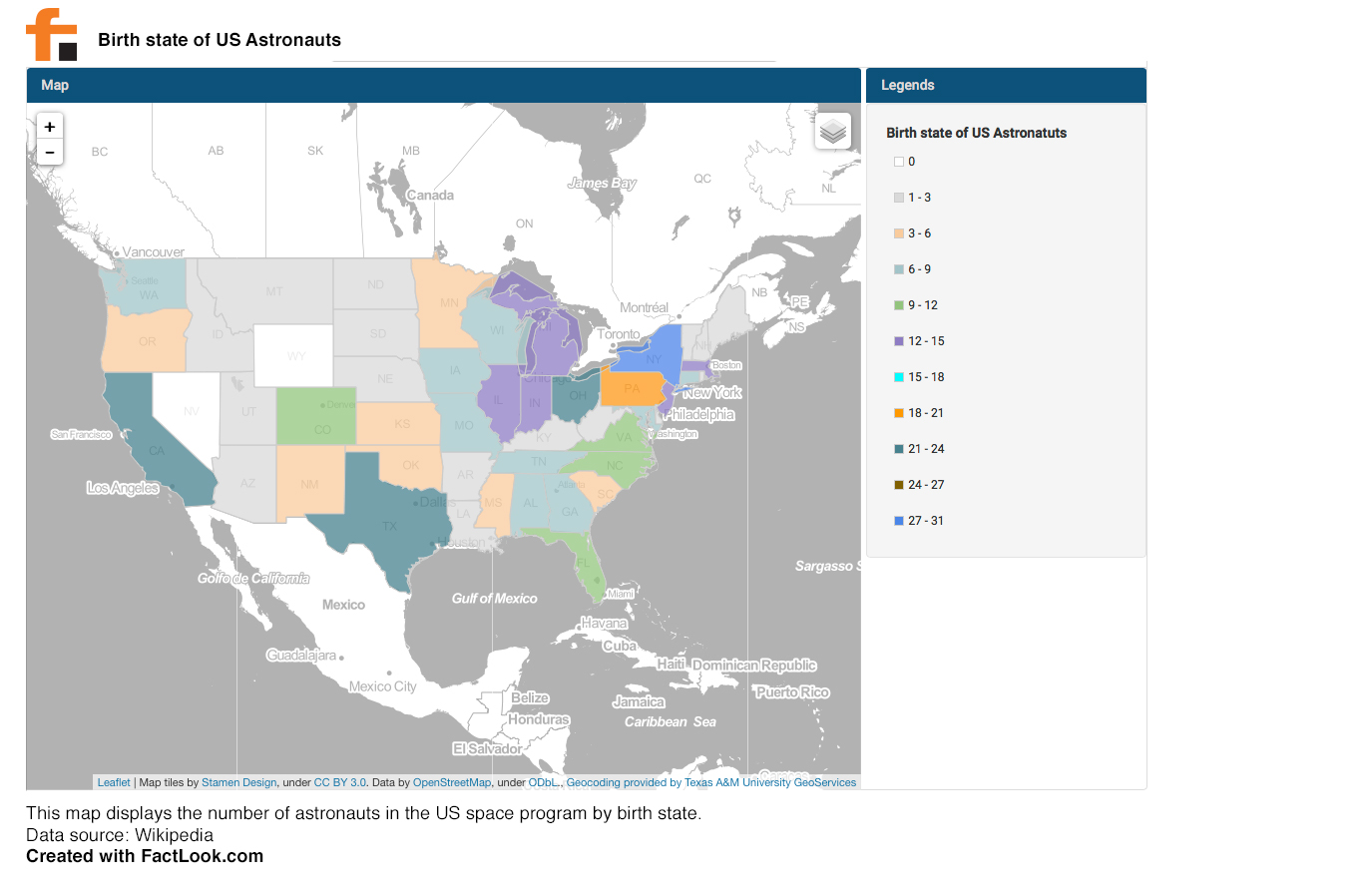